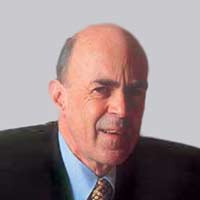 Mr Peter Hansen is Executive Chairman of Magellan Pty Ltd. Mr Hansen has negotiated the licensing arrangements which are the basis of the Company’s commercial strategy. Magellan is a ‘spin-out’ from Norwood Immunology Ltd.

Mr Hansen is the founder and Chairman of Norwood Immunology Ltd. Mr Hansen was involved in the original decision to license the “Thymus – T Cell” technology (developed by Professor Richard Boyd) from Monash University. and has played a key role in the management of the project. Peter was instrumental in the development of the commercial strategy, evaluation of prospective pharmaceutical partners and the negotiation of the US license agreement with TAP.

Mr Hansen has 40 years experience in the establishment and management of product development, marketing and manufacturing operations in medical, electronic and optical businesses in Australia and Asia. Mr Hansen joined the Norwood Immunology board in 2000, and has been Chairman for most of the period since the Company’s formation. 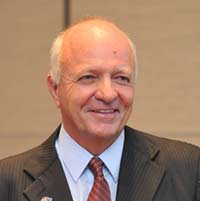 Professor Boyd has directed the research that has led to the development of much of the technology of Magellan.

Professor Boyd directs the research of in excess of 100 ‘stem cell’ scientists at MISCL. A major focus of Richard’s work over the last several years has been in regard to therapeutic applications for adult mesenchymal stem cells – particularly in the veterinary setting.

Professor Richard Boyd was instrumental in dev.eloping the link between sex steroids and thymic atrophy (decline in the functionality of the thymus – the organ which produces all of the body’s T Cells). The “Boyd Thymus – T Cell” technology is targeted at the rejuvenation of the thymus in adults – and a resultant increase in the output of new naive T Cells. Professor Boyd has played an active role in the commercialization of the technology