The primary roles of adult stem cells in a living organism are to maintain and repair the tissue in which they are found.  Adult stem cells (‘ASC’) are unspecialized or undifferentiated cells found throughout the body after embryonic development. ASC’s can be found in juvenile as well as adult animals and humans.

An adult stem cell can be found among differentiated cells in a tissue or organ, and can renew itself and can differentiate to yield some or all of the major specialized cell types of the tissue or organ. ASC multiply by cell division to replenish dying cells and regenerate damaged tissues.

Scientific interest in adult stem cells has centered on their ability to divide or self-renew indefinitely, and generate all the cell types of the organ from which they originate, potentially regenerating the entire organ from a few cells.

Adult stem cell treatments have been successfully used for many years to treat leukemia and related bone/blood cancers through bone marrow transplants in humans. Adult stem cells have also been used extensively in veterinary medicine to treat arthritis in dogs as well as tendon and ligament injuries in horses.

Adult human MSCs are capable of differentiating into a number of phenotypes, which include cells capable of fabricating bone, cartilage, muscle, marrow, tendon/ligament, adipocytes, and connective tissue . 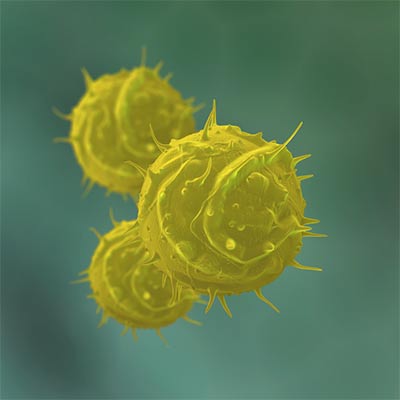 Although MSCs can differentiate into various phenotypes of mature cells, their intrinsic capacity to secrete cytokines and growth factors at sites of tissue injury and inflammation contribute significantly to their therapeutic capacity. We assume that the production of these trophic mediators is defined by their in vivo location, niche, and severity of injury (Abdallah et al., 2007; Caplan et al., 2006). MSCs are reservoirs for the production of cytokines, chemokines, and extracellular matrix which have the ability to support stem cell survival and proliferation (Abdallah et al., 2007). More importantly, the cytokines and chemokines produced by hMSCs have the ability to influence multiple immune effector functions including cell development, maturation, and allo-reactive T-cell responses (Chamberlain et al., 2007). Since hMSCs can be expanded ex vivo and because in vivo models have shown infusion safety, clinical studies have begun to investigate the use of hMSCs as multifunctional cellular therapeutic agents. Allogeneic hMSCs can suppress graft versus host disease (GvHD) and can have profound regenerative capacity in the case of stroke, infarct, spinal cord injury, meniscus regeneration, tendonitis, acute renal failure and, recently, heart disease (www.osiris.org; Amsalem et al., 2007; Christopeit et al., 2008; Abdel Aziz et al., 2007; Bao et al., 2008).

Systemic infusion of allo-hMSCs into pediatric GvHD patients resulted in complete remission (Subbanna et al., 2007). In this study, one patient relapsed and required a second round of multiple infusions of hMSCs. Although a single observation, it raises questions with regard to the dose of hMSCs, route of administration, and the possibility that the clinical outcomes may require more than one round of multiple infusions in certain patients. Furthermore, the requirements for additional infusions may also be related to the potency of the hMSC preparation. hMSCs produce large quantities of bio­active factors which provide molecular signa­tures for the pathway and ac­tivity status of the responding cells (Lennon et al., 1995). These bioactive factors are: (1) immunosuppressive for T-cells and other immune cells, (2) anti-scarring, (3) angiogenic, (4) anti-apoptotic, and (5) regenerative (for host tissue). Therefore, not only can hMSCs function in inducing host regenerative capacity, but may also actively participate in altering acute and chronic inflammatory responses (Caplan et al., 2009). Since hMSCs are sensitive to their site-specific microenvironment, it is anticipated that they will deliver the bioactive agents in a site-specific manner quite different from pharmaceutical drugs currently on the market.

MSCs: The Other Facts

In contrast to the idea that the key function of hMSCs is to supply replacement parts for mesenchymal tissue are the observations that human marrow-derived MSCs can be activated to secrete cytokines/growth factors which inhibit an in vitro mixed lymphocyte assay (Abboud et al., 1987; Maitra et al., 2004). These observations suggested that hMSCs could be used therapeutically as allogeneic, “universal cells.” To support this suggestion, it has been further documented that culture-expanded hMSCs do not have MHC class I cell surface markers, but rather only MHC class II and no co-stimulator molecules (Dominici et al., 2006). Thus, hMSCs cannot be antigen-presenting cells and should be invisible to the host’s immune system. It is important to note that in all of the clinical usages of human adult marrow-derived, culture-expanded MSCs, whether autologous or allogeneic, no adverse events have been recorded (Abdallah et al., 2007; Le Blanc et al., 2007). This establishes that the procedures for isolation and culture expansion are safe and that in certain clinical applications, there has been a benefit from the intravenous delivery of hMSCs.

hMSCs can be of great value by virtue of their ability to differentiate into distinctive and specialized cells and their secretion of site-specific proteins. Defining the mechanisms of MSC therapeutic efficacy may require elaborate technology associated with delivery, imaging, and targeting, which has the potential of identifying appropriate delivery mechanisms and the ability to localize hMSCs (Caplan et al., 2007). The use of hMSCs in interstitial pulmonary fibrosis, cardiovascular disease, and neurological disorders is currently being explored and was based upon not only the ability of hMSCs to be site-specific producers of trophic factors, but also upon their ability to induce host tissue trophic factors which may also contribute to the inflammatory milieu (Dai et al., 2005; Stripp et al., 2006). It remains to be determined if hMSCs home to the site of inflammation and/or if the MSCs’ destination is a central or systemic site such as the lymph system. Caplan and his colleagues have recently described a cell targeting technology for such site-directed therapeutics (Dennis et al., 2004). The issue is where to target the therapeutic cell for the most impact and largest clinical response. Targeting will depend upon the clinical entity in question and the stage and severity of the disease. The studies outlined in this review focus on lung airway inflammation and remodeling and the therapeutic potential of hMSCs.